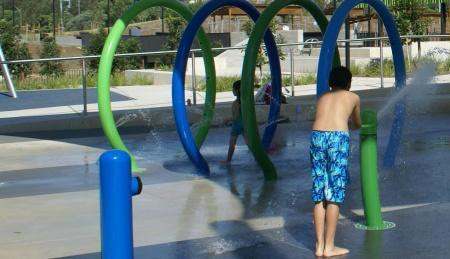 Blacktown is located 34 kilometres west of the Sydney central business district and is the administrative centre of the local government area of City of Blacktown.

Prior to the arrival of the First Fleet in 1788, Blacktown was inhabited by different groups of the Darug people including the Warmuli, based around what is now Prospect, and their neighbours the Gomerigal from the South Creek area and the Wawarawarry from the Eastern Creek area. Governor Arthur Phillip began granting land in the area to white settlers in 1791, a process that was reversed slightly in 1819 when Governor Lachlan Macquarie granted land to two indigenous men, Colebee and Nurragingy.

The arrival of the railway in 1860 led to the formation of a town around the station. A post office was opened in 1862 and a school in 1877. In 1906, the Shire of Blacktown was formed and in 1930, electricity was introduced to the town. In the 1950s and 60s, there was a large amount of suburban development both in the current suburb of Blacktown and the new suburbs that sprung up around it. This led to civic development in the town centre with the hospital opening in 1965, the courthouse and police station in 1966, the library in 1967 and the TAFE college in 1969. In 1973, the Westpoint shopping centre opened which was soon followed by the cinema complex.

A major bus interchange is located next to the station and an underground bus station is at the entrance to Westpoint. There is a Blacktown to Rouse Hill Bus Transit way.

According to the 2006 census Blacktown had a population of 38,914 making it one of the largest suburbs in the country.